First aid and treatment of burns

First aid and treatment of burns

The aims of first aid should be to stop the burning process, cool the burn, provide pain relief, and cover the burn.

Stop the burning process—The heat source should be removed. Flames should be doused with water or smothered with a blanket or by rolling the victim on the ground. Rescuers should take care to avoid burn injury to themselves. Clothing can retain heat, even in a scald burn, and should be removed as soon as possible. Adherent material, such as nylon clothing, should be left on. Tar burns should be cooled with water, but the tar itself should not be removed. In the case of electrical burns the victim should be disconnected from the source of electricity before first aid is attempted.

Cooling the burn—Active cooling removes heat and prevents progression of the burn. This is effective if performed within 20 minutes of the injury. Immersion or irrigation with running tepid water (15°C) should be continued for up to 20 minutes. This also removes noxious agents and reduces pain, and may reduce oedema by stabilising mast cells and histamine release. Iced water should not be used as intense vasoconstriction can cause burn progression. Cooling large areas of skin can lead to hypothermia, especially in children. Chemical burns should be irrigated with copious amounts of water. 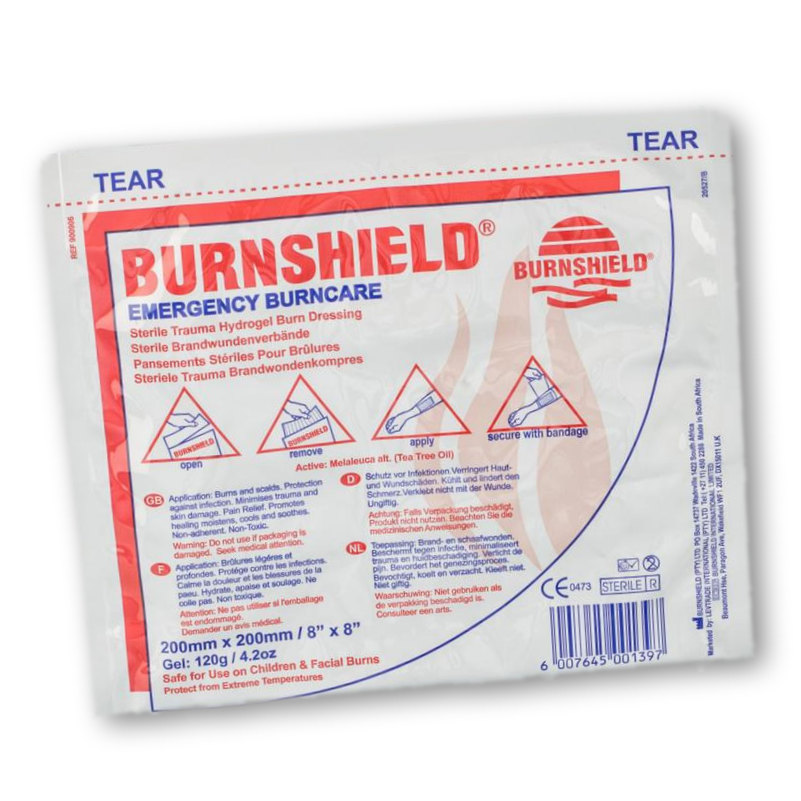 Analgesia—Exposed nerve endings will cause pain. Cooling and simply covering the exposed burn will reduce the pain. Opioids may be required initially to control pain, but once first aid measures have been effective non-steroidal anti-inflammatory drugs such as ibuprofen or co-dydramol taken orally will suffice.

Covering the burn—Dressings should cover the burn area and keep the patient warm. Polyvinyl chloride film (cling film) is an ideal first aid cover. The commercially available roll is essentially sterile as long as the first few centimetres are discarded. This dressing is pliable, non-adherent, impermeable, acts as a barrier, and is transparent for inspection. It is important to lay this on the wound rather than wrapping the burn. This is especially important on limbs, as later swelling may lead to constriction. A blanket laid over the top will keep the patient warm. If cling film is not available then any clean cotton sheet (preferably sterile) can be used. Hand burns can be covered with a clear plastic bag so as not to restrict mobility. Avoid using wet dressings, as heat loss during transfer to hospital can be considerable.

Use of topical creams should be avoided at this stage as these may interfere with subsequent assessment of the burn. Cooling gels such as Burnshield are often used by paramedics. These are useful in cooling the burn and relieving pain in the initial stages. 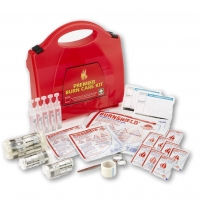